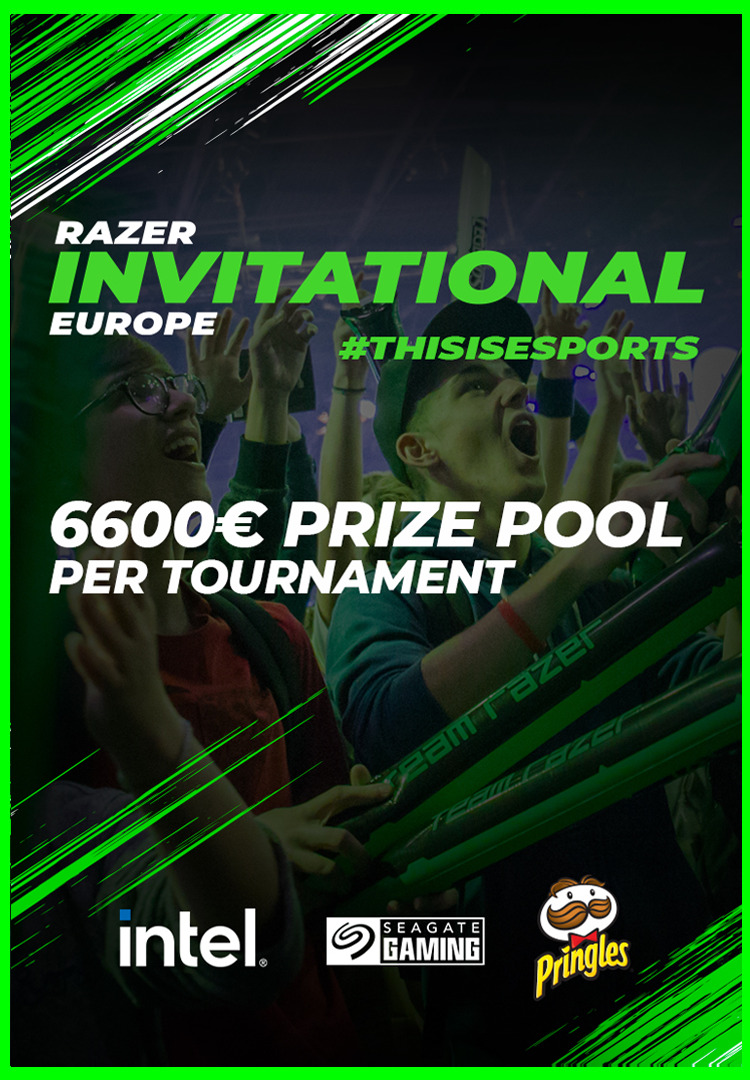 Razer Invitational is an event that captures the journey of esports — showcasing the spirit and passion of the regional esports communities and athletes, as they battle their way onto the world stage. Built on fairness, diversity, and inclusivity, Razer Invitational seeks to empower the dreams of a new generation of esports athletes by bringing contenders of all levels together and gearing them up to represent their countries at the next big international showdown.

Champion our cause, as we embark on the next leg of our vision to establish esports as an official medaled sport at major competitive events across the globe.

Keeping access as open as possible, the RI-Europe tournaments will be decided in one of the most popular battle royale games of all time, Fortnite. Razer has decided to support the burgeoning European Fortnite community with 6 weeks of intense competition, with each week featuring a tournament for up to 5000 competitors to battle it out for cash and hardware prizes from Razer and co-sponsors, Intel, Seagate and Pringles.